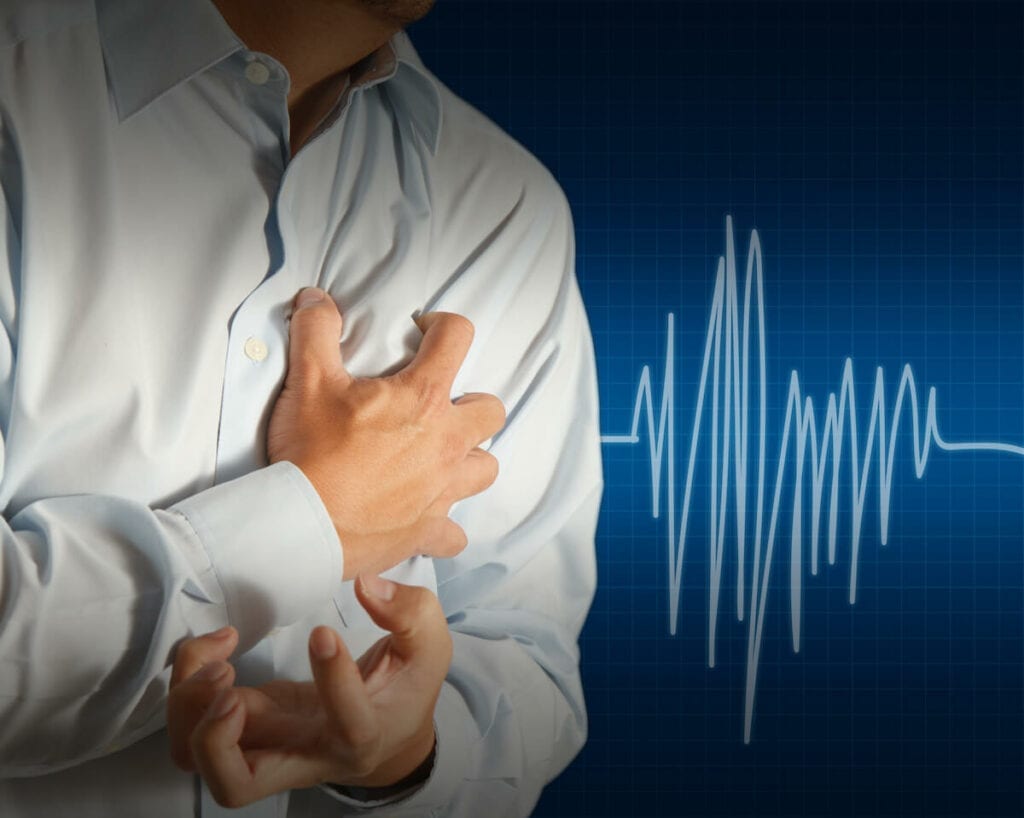 We know that LDL cholesterol is bad for us, and that it can contribute to a heart attack.  But why?

Because high blood levels of cholesterol encourage the formation and growth of vascular plaques, and those plaques put you at risk for heart attack and stroke.

So can we reduce plaque buildup?  In a way, say the experts: making plaque disappear is not possible, but we can shrink and stabilize it.

Larger plaques can block blood flow. But they are typically covered by thick, fibrous caps that can resist breaking apart. These are often treated by inserting a wire mesh tube (stent) near the blockage to widen the artery.

Image: Thinkstock
Plaque forms when cholesterol (above in yellow) lodges in the wall of the artery.

As Harvard Medical School’s Health Letter describes it, plaque forms when cholesterol lodges in the wall of the artery. To fight back, the body sends white blood cells to trap the cholesterol, which then turn into foamy cells that ooze more fat and cause more inflammation. This triggers muscle cells in the artery wall to multiply and form a cap over the area. But the soft plaque beneath the cap is dangerous. “For example, if your blood pressure spikes, it puts pressure on the thin wall of the plaque, which breaks open, forms a clot, and causes a heart attack,” says cardiologist Dr. Christopher Cannon, a Harvard Medical School professor. About three of every four heart attacks occur when plaques rupture.

To treat blockages, doctors target the smaller, unstable plaques. “If we have a 30% blockage in the artery from soft plaque, the goal is to try to suck out the cholesterol from the inside so the plaque shrivels down to 15% but doesn’t have anything inside it,” says Dr. Cannon.

“Bad” LDL can be lowered in a variety of ways. Many doctors prescribe statins to block the liver enzyme that promotes cholesterol production or block cholesterol in the digestive tract. But many, if not most, statins carry uncomfortable and sometimes dangerous side effects.

We urge anyone at risk of high LDL levels to try Cholesterade®, which is formulated with soluble Acacia fiber, to reduce their triglycerides and raise their “good” cholesterol levels. Additionally, lessen the intake of “white” foods such as white bread, potatoes, white rice, crackers, and sugar. And don’t forget that even though high cholesterol may be due to your diet, the most significant factor in cholesterol levels is heredity!

WELCOME TO THE CHOLESTERADE® BLOG!

Stay up-to-date on what’s happening as we continue to grow and change lives! 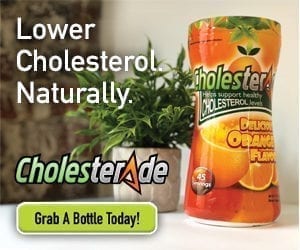